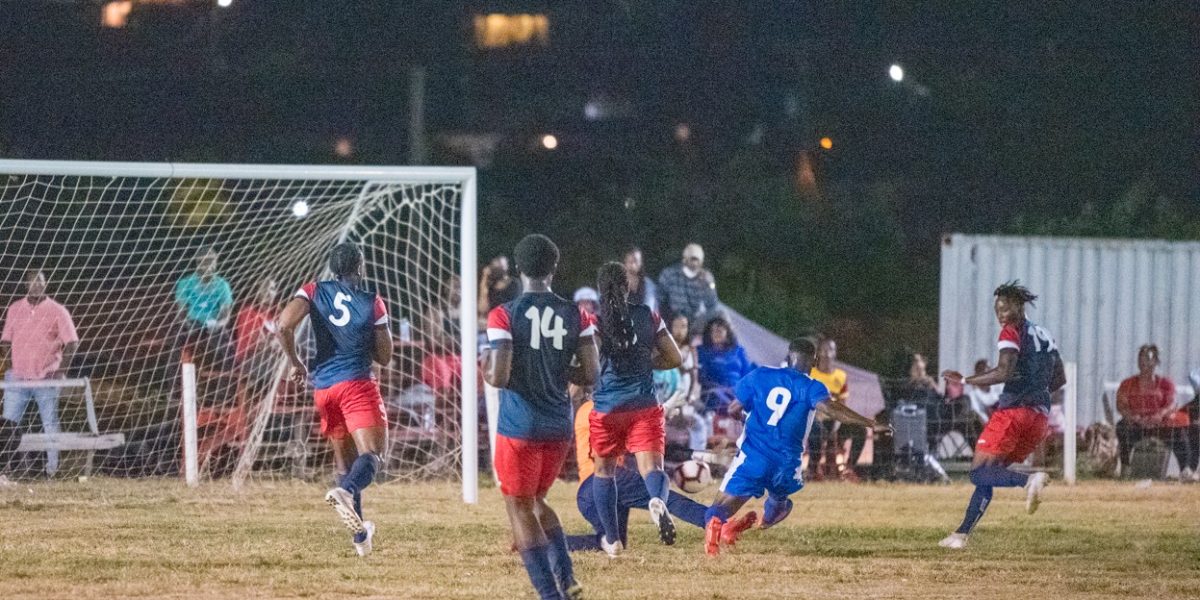 Whilst the race for the Championship is not technically over, the Sugar Boys have two games in hand over the Rebels and are one point clear, so a win next week for the Boys against Lion Heart FC will see them uncatchable.

Rolland Roberts opened the scoring in the 29th minute and German Gonzalez doubled the lead in the 31st minute, to secure all three points.

VG United could have kept up some pressure on their cross-town rivals, but they slipped to a crucial 1-3 reversal to the Islanders FC, at the East End / Long Look venue, which means a second-place finish is now the best they can hope for.

The Islanders dominated the game early, scoring in the 28th minute through Charles Bonnick, and seeing that lead doubled by Deandre Rodgers in the 56th minute. VG were reduced to ten men with the sending off of Devante Samuel in the 60th minute but were able to pull a goal back in the 76th minute from Bernardo Cumberbatch. However, the Islanders were also reduced to ten men, with Bonnick getting his marching orders in the 82nd minute, but were also able to add to their lead just four minutes later when Romario Dennie popped up to score

“One of the days” noted Manager Jermain Abrams “we made silly errors to concede goals, their opener came from a blocked clearance that rebounded into the net, but the team is still highly spirited, we didn’t lose any position and we have things to look forward to this season”

The win keeps the Islanders seventh in the standings, just behind One Love FC who defeated the Wolues FC 2-1 also at the East End / Long Look venue and who remain sixth and fifth, respectively.

Zeron Samuel opened the scoring for One Love in the 17th minute before Noel Maxwell levelled the tie on the stroke of half time. Alcise Savery then scored the winner in the 75th minute.

“a great game” commented One Love Manager Marc Savage “the winner was from what looked like thirty yards out! We need to work on some tactical work and improve our fitness, but we came out victorious and will look to finish the season strong”

In the other game played, One Caribbean FC and Lion Heart FC drew 1-1 as Pierre Jeans first half opener was cancelled out by Lion Hearts Owen Bertram in the 75th minute.

On Sunday 8th May,