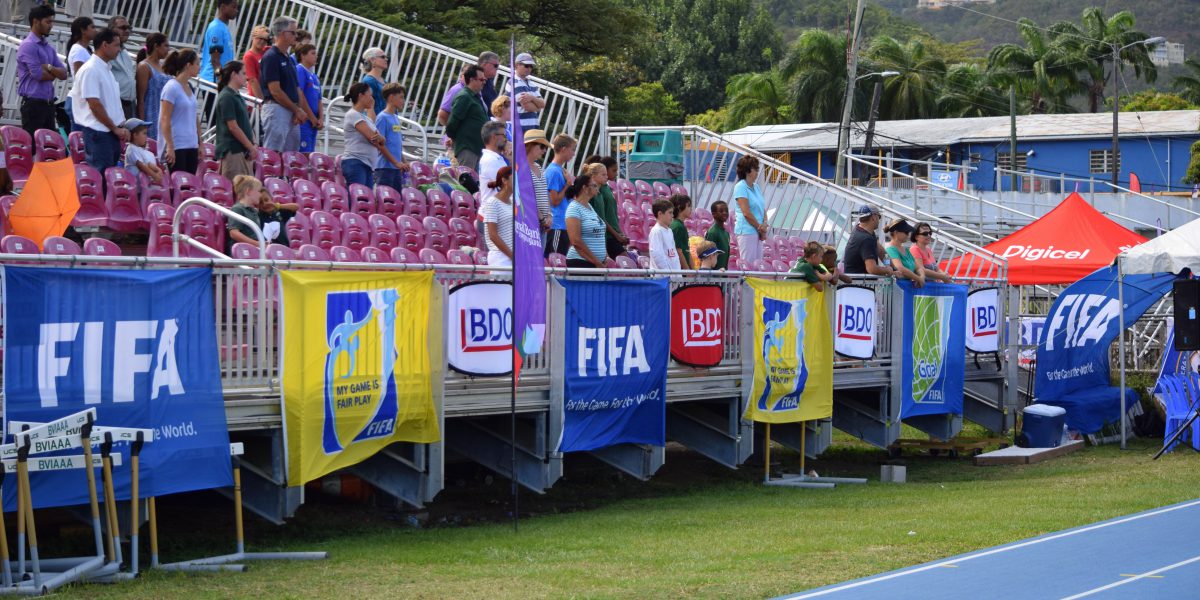 All the Age Group BDO Primary Schools Finals on Wednesday 22nd March, 2017, were fiercely competitive between teams of equal skill and discipline with a shared will to win, whilst showing great sportsmanship despite the final outcome.

Of course, there can only be one winner and in the U7’s, which got proceedings off to a great start in front of a large crowd in the Grandstand at the A.O. Shirley Ground, Cedar Green eventually won, 3-1, on penalties against Montessori, after the game had remained deadlocked at 0-0 until the final whistle.

The U9 encounter between Althea Scatliffe and Robinson O’Neal proved equally as pulsating with end to end action highlighting a game that was eventually decided by the predatory instincts of Latriel Williams.

A bouncing ball was only half dealt with by the defense allowing Williams to slip in between two defenders and volley home past the Goal keeper.

In the U12’s an acrobatic Nicky Haycraft goal in the second half proved to be the only goal of the game in Cedar’s 1-0 win over Begrado Flax.

The MVP’s for each Final were named as Ethan Mohammed for Cedar Green in the U7’s, Latriel Williams for ASPS in the U9’s and Haycraft of Cedar School in the U12’s.

The Overall League MVP’s were Charlie Potgeiter (Montesorri – U7), Quashie (U9) and Ryan Lettsome (Cedar School, – U12)

In addition to all the Primary School Trophies, the BVIFA High School Champions also received their awards with Jakisha Rigobert (BFEC) named as Girls MVP, Kaylah Skelton (BFEC) and Lilly Pierce (Cedar) jointly as Golden Boots (10 each) and Davian Williams as Golden Gloves.

In the U14 Tournament, ESHS were declared Champions and along with the Trophy, were also presented with the Presidents Cup, which they won as part of Opening Day Celebrations, back in October 2016.