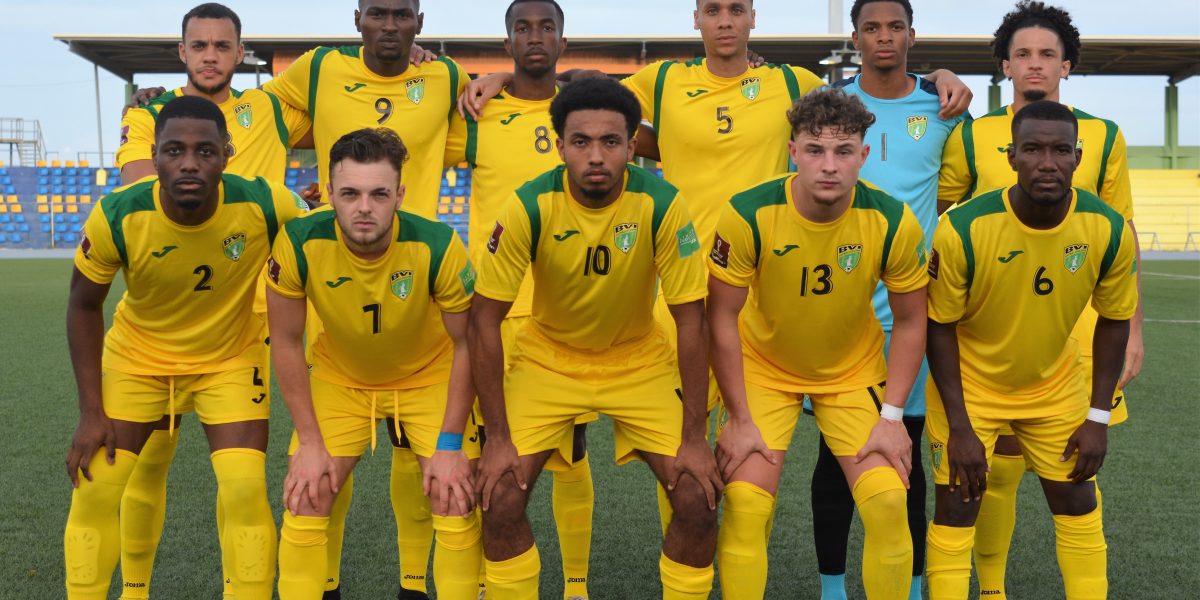 Coming into the game against a team ranked 130 in the world by FIFA, home fans may have feared the worst, but right from the kickoff, the BVI withstood all that Los Chapinos could throw at them and even came closest to scoring, when in the 13th minute, Jamie Wilson was denied by the quick reactions of Guatemala keeper, Ricardo Antonio Jerez Figuero.

Going ahead at that point would have sent shock waves through the visiting coaches, but as it was, the team under fire from their fans for underperforming in recent games, calmed some nerves when they opened the scoring in the 21st minute, through their talisman Darwin Gregorio Moscosco Lom. 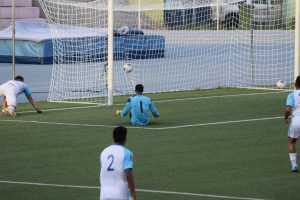 Phillip Graham in the BVI goal could do little to stop the effort by Lom, but from that moment on he pulled off four of five saves to keep the game alive. However, on the stroke off half time and again after chances to equalize through quick breaking football, Guatemala delivered a heart-breaking second goal through Moises Edwardo Hernandez Morales.

The second half saw gradual domination from the professional players of Guatemala, but strong, solid performances by midfield General, Carlos Septus, Jerry Wiltshire in defence, Captain Kristian Javier, Robbie Green out wide and the ever-dangerous Tyler Forbes kept Guatemala at bay until all important third goal came in the 88th minute from Robin Bethancourth 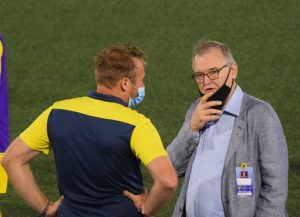 “It’s bittersweet to be honest” commented coach Dan Neville “I was delighted with the effort, enthusiasm and fearlessness of the players, but disappointed with the way we conceded and disappointed we didn’t convert any of chances at the other end. However, to be stood here and discussing the result rather than the performance against a team like Guatemala, who played really well, is a great benchmark for us.”

The team was set up to hit Guatemala on the break and to have created several chances testament to the effectiveness of the team tactic and set up.

“we have to manage moments like those and make sure we convert those chances” concluded Neville “the result in truth was massive for us, the score line should have been closer and despite still being a work in progress there is so much to look forward to after performances like tonight.”

FA President, Mr. Andy Bickerton made the trip to support the team and was enthused and excited by what he saw despite being disappointed in the result “I guess if we had been asked before the game if a 3-0 defeat would have been acceptable, we might have said yes, but to play a team of Guatemala’s status high up in FIFA rankings complete with a full team of professional footballers, we played outstandingly. We had strong performances throughout the team and could have taken the lead early on before they scored. Ultimately we lost but can be immensely proud of the commitment and effort shown by the players.”

Bickerton was also incredibly pleased with the youngsters on show “The youngsters coming on and making a contribution was great and we are definitely progressing along the player development path we set out 3 years ago.”

Once of those youngsters, Luka Chalwell, had already made a debut in England’s FA Youth Cup with his Poole Town teammates and was far from overawed by his World Cup debut “I was so eager to come on, watching how fast and technical they looked just made me want to be out there. It was surreal though when I saw the 4th Official hold my number up to sub on and join my teammates, some of whom I had played with since a little boy and now we were all on the same field in Men’s football made me so proud. I was excited to get on and to have family watching both here (in Curacao) and back home was crazy, their players like to talk a lot, but I didn’t let them get into my head, played aggressive and showed my skills”.

The BVI will now stay in Curacao and play St Vincent and the Grenadines on Tuesday 30th March at 6pm.