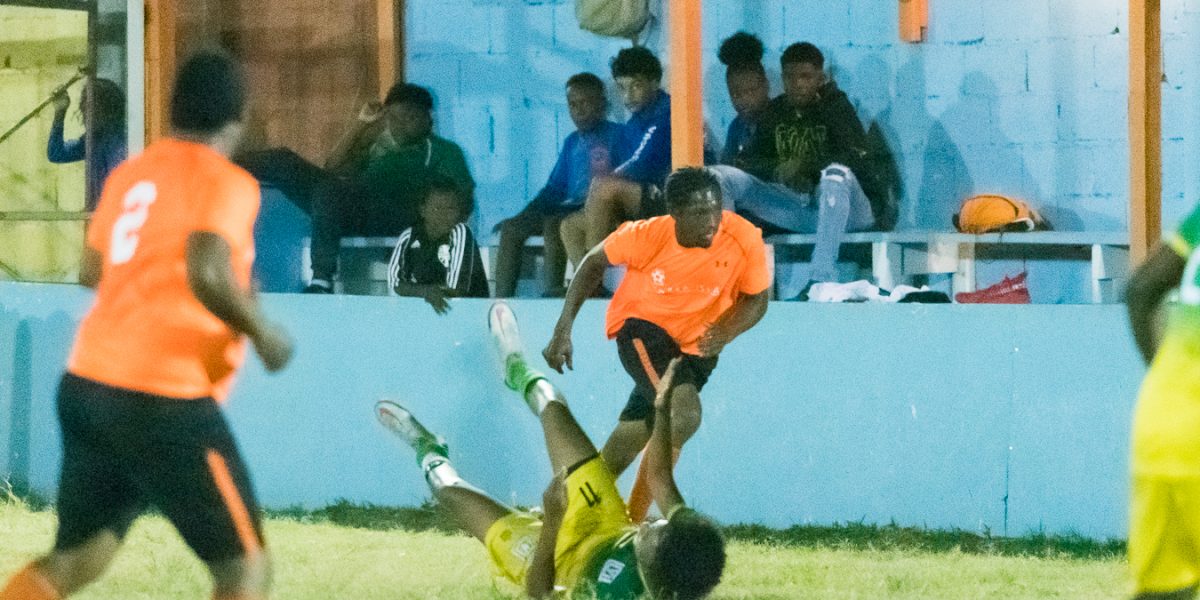 Courtesy of a two-goal salvo from player Coach, Wayne Phillip, the Panthers FC brought an end to Lion Hearts win streak with a 2-1 victory. Steven Williams gave his team momentary hope of at least a share of the points before the final whistle blew

Despite scoring the goals himself, Phillip was quick to praise his team who worked hard from start to finish “We had a very good game yesterday and dominated from ball one. We strung together a lot of passes and created many chances.” He commented “All the guys are playing well, and it was a job well done. Since we added some new players in key areas our form has been excellent, and the team is full of confidence”

The Virgin Gorda El Classico saw Sugar Boys and VG Utd share six goals in a thrilling see saw game that kept a large partisan crowd enthralled right up until the final whistle, with the Boys coming away with all the points in a 4-2 victory.

According to VG Manager, Jermain Abrams his young team caught the shorthanded Boys out early, but then started making some unforced mistakes and finally lost their legs to their more experienced opponents “We started well, scored twice early, but as they began to get their full team together we found ourselves gifting them goals to be 3-2 down by the break” he lamented “in the second half we applied some good pressure but couldn’t convert our chances and then the youngsters suffered from tired legs and got caught out for their 4th”

However, Abrams remains positive that he is on the right track in developing and sticking with youngsters and defeats might be hard to take “but it is a price I’m willing to pay for now!”

Levon Williams opened the scoring in just the third minute, Joshua Ramprasad doubled the advantage in the 6th minute and then a gift of a goal for McGraw Baptiste and an own goal made it 2-2, before Andres Bailey made it 3-2 in the 37th minute and 4-2 in the 89th to set the partisan crowd singing.

Islanders FC had a comfortable 3-0 win over One Caribbean FC with goals from Devon Letten in the 2nd minute, McTair James in the 16th and Oswort Holder in the 45th

And the Rebels FC got their season underway with a first win, 6-1, against Old Madrid FC as Webster Pryce netted four and Ikyjah Williams and Nicoy Martin one apiece.

“It was a great game overall” noted Rebels Manager, Lenon Audain “not our best game but our best result with our first win for the season. We could’ve scored more, and I am very proud of the team. Webster was on fire with four goals coming outside the 18-yard box.”

On the downside National Team player, Jamal Prentice suffered an injury and the Rebels will certainly be hoping he is available for their next game against Sugar Boys. “We need him fit, the season has just started with lots of games to come and we want to keep our momentum going” confirmed Audain. 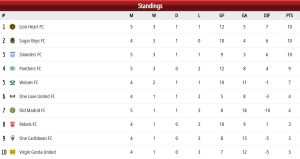