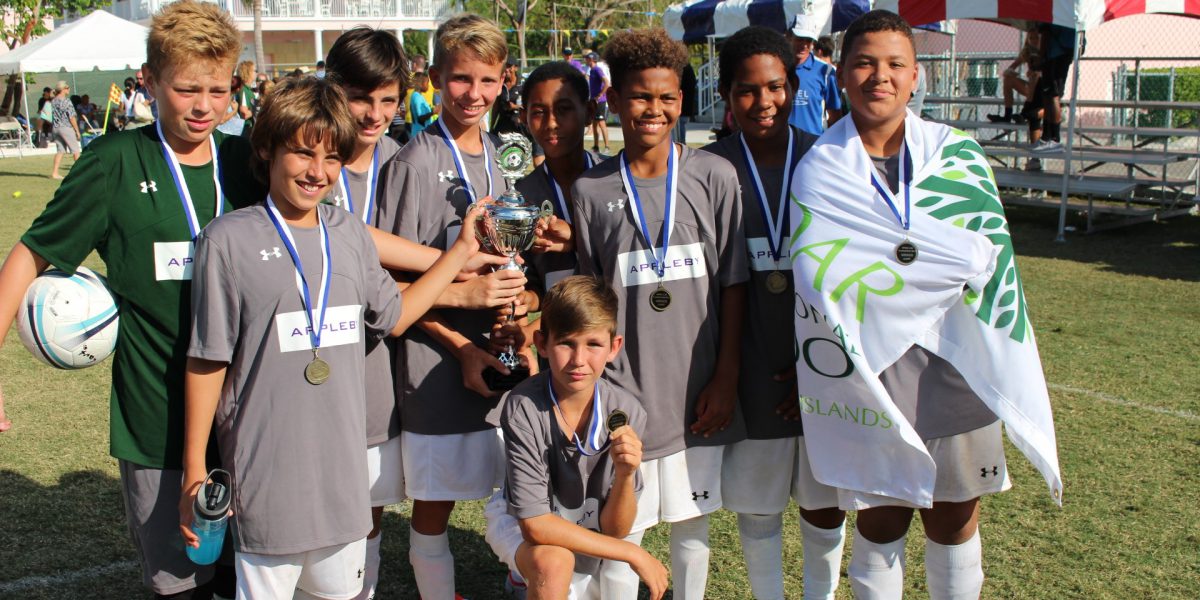 Eight Caribbean based teams including squads from Turks & Caicos, Cayman Islands, Jamaica and Bahamas were fighting for the same trophy. It was the 5th time Cedar would send a boys team to the tournament and they gave themselves a chance to compete for the top prize by coming in 1st place in Pool A after securing two wins and a key draw against heavily favored Lyford Cay from Bahamas.

An extremely hard fought and well deserved 1-0 semi-final victory against Cayman Prep team, courtesy of a goal from Michael Pallandino, saw them reach the final against a well organized Turks & Caicos U13 National team, which came down to penalty kicks after T&C managed to claw back an early goal from Palladino following a cross by Luka Chalwell.

The penalty kickers were chosen and the tension was high. Both Chalwell and Luca Reich scored their goals while Lawton Green, Cedar’s MVP Keeper, saved two of three in spectacular fashion to give Cedar bragging rights to the 2016 KPMG-Lyford Cay Football Fest Championship Trophy.

“What a journey” remarked Cedar’s Coach, John Reilly, “the boys had worked so hard with  training 3 to 5 times a week in preparation for the tournament.

The Girls, too, exceeded all expectations by breaking into the top 4 of the tournament in only Cedar’s third tournament appearance.

“Their technical development has been exponential” remarked Coach Reilly. “They have all been so dedicated to their team and in their training”.

Their hard work in the preliminary games secured them second place in the A side of the Draw with two wins and a loss. They competed well in the semi-finals but lost to eventual  repeat champions Cayman Prep girls while the 3rd place match was a hard fought loss 3-0 to Lyford Cay International School.

Girl scorers during the tournament included MVP and team captain Tola Broderick with 2 goals, Darci Reich with 3 goals, Gabbi Jermyn with 2 goals, Hailey Chomiak with two and Alisha Ayers with one.