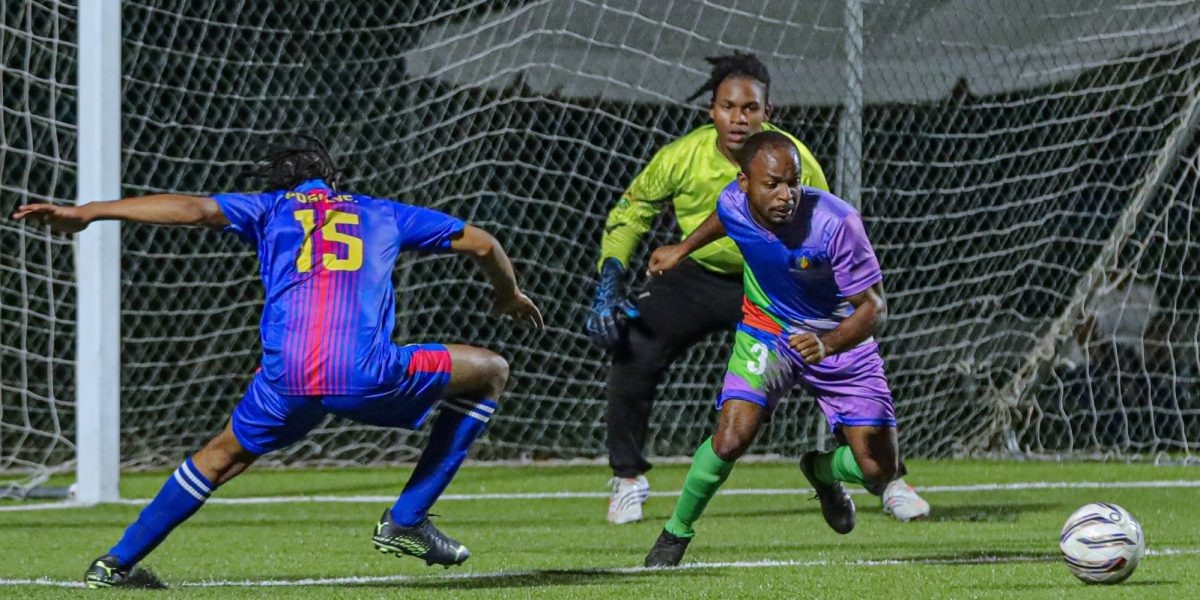 A shorthanded Lion Heart had no problem in dealing with Old Madrid, 6-1, as they started with only eight players but were able to dominate their opponents from the first whistle. Maxwell Clark netted a hat trick, Tyrone Buddah a brace and Michael Butt rounded out the scoring as Lion Heart secured their fourth win of the campaign and applied some pressure on the top four.

“Last evening (Saturday) was a big victory for us” stated  Lion Heart Manager, Mr. Winston Brown “We created history as far as I can recall, starting the game with just eight players and with the intention to add the remaining players as the game progressed, however we had to play the entire game with only the 8 players, and still came out victorious! We approached the game skillfully, executed our defending style, and did not give our opponent a chance to weigh in on us. We give the Almighty God all the thanks for the win.”

Kenmore Peters scored what turned out to be a consolation goal for Old Madrid.

One Love’s 6-0 victory over Positive saw them leapfrog into second place in the standings, now just three points behind Sugar Boys FC and with a game in hand.

“Other teams need to be very aware now!” claimed Manager, Mr. Mark Savage “we are here, and the League is for the taking”

The goals for the 2018 Champions, in what was the teams fifth win on the bounce, came from Collin Lavia (2), Shane Prince (2), Julian Davidson and Shavaughn Williams.

“It was a great came, we started a bit sticky, but eventually outplayed them. They have added some players and were definitely much better than in previous games. We are mounting a serious challenge now for the title, we will be training hard, taking no team lightly and looking to go out and win every game” concluded Savage. 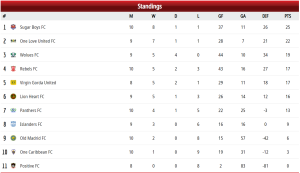