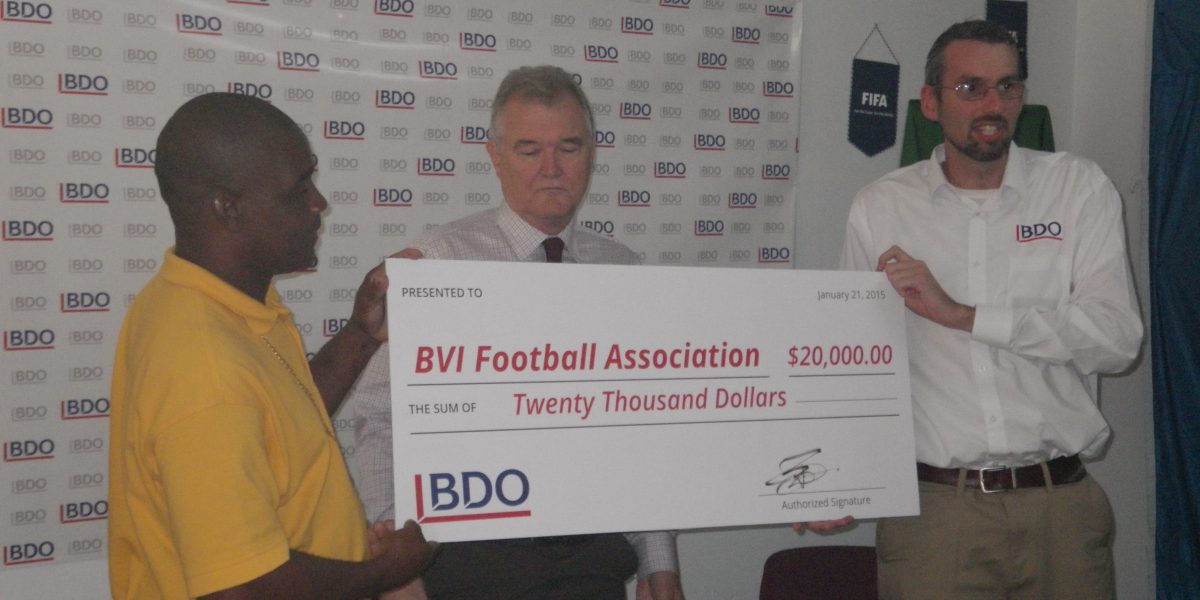 Monday 26th January, 2015 – The British Virgin Islands Football Association / BDO Primary School and LIME High School Leagues will both kick off with the now traditional march from the Ferry Dock to the A.O. Shirley Ground on Wednesday from 3pm 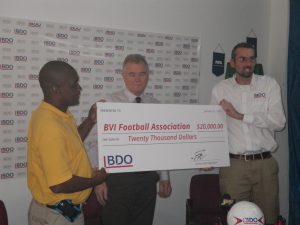 The BDO Primary School programme has seen an increase in participation each season and this year is no different, with twenty U7, seventeen U9 and seventeen U13 teams taking part.

As Cassandra Gregg, Primary School League Coordinator for the FA commented “the player registration has gone from around 500 to nearly 600 and we have increased from 15 teams to 20 teams. Everything is geared up for another wonderful year”

Sponsors, BDO, are now into the fourth season with support that has gone well beyond purely financial and as Ryan Gelug stated at the 2015 Launch “Football teaches exercise and team work, which is important in everyday life and we (BDO) are proud of the Programme, which has shown significant growth from the first year. This speaks volumes for the work done by the BVIFA, the Coaches, Cassandra and the schools”

The U7’s will play their games at ASPS and on Virgin Gorda starting on February 2nd, 2015

The U9’s/ U13’s will play at Baughers Bay, as well as on Virgin Gorda, with a same start date.

Speedy’s have once again stepped up to the plate to provide service to the players and parents back and forth from Virgin Gorda and have also provided funding so that the FA can purchase Video Cameras.

The Lime High School League kicks off the week after with six teams in the Open Boys Division, four in the U14’s Mixed Division and four in the Girls Open Division.

FA Executive Member in charge of Youth Development, Avanell Morton said “it is a great pleasure to be a part of this exciting venture and thanks go to 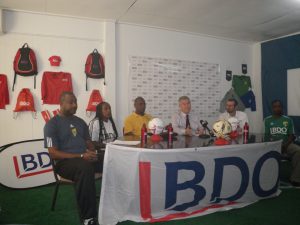 the BVIFA, BDO and LIME for making it happen” and then confirmed the plans for the 2015 Opening Ceremony “School Teams, Parents, Teachers, Marching Bands, Cheerleaders and the Moko Jumbies will all assemble across from Pussers in Road town at 2pm, then at 3pm the procession will march through the centre of town, along Waterfront Drive and head to the A.O. Shirley Ground. At 4pm we will have the official opening ceremony.”

Bickerton also noted that the programme was now beginning to bear more fruit than just an annual league “the BVIFA is satisfied, but not complacent about the progression of the young boys and girls into our National programmes. An U15 Girls team performed very creditably at the CONCACAF Tournament, the same group of girls are on the verge of winning the Women’s Marlon Penn Nine a Side League and the U15 Boys just missed out on a semi final spot in the St Maarten F.A’s Easter Invitational Tournament in 2014, when they faced teams from Guadeloupe, Martinique, the hosts and the USVI. “