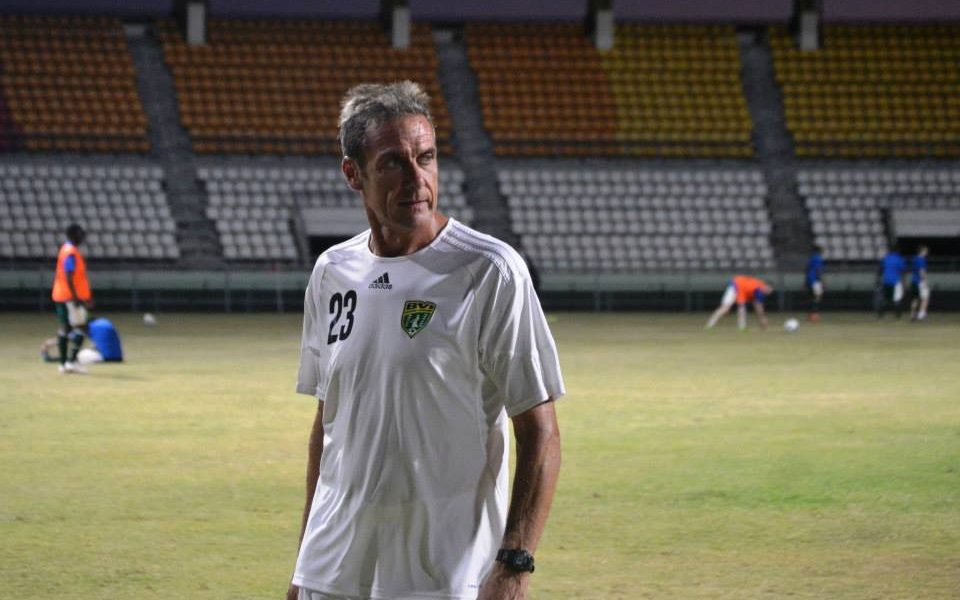 Mr. Reilly brings a wealth of knowledge, experience and qualifications to the post and will combining his role at the FA with his current responsibilities at Cedar International School, where he is the Director of Football and Athletics.

Since his playing days at Leytonstone, Ilford and East Ham, Reilly has been fully engaged in Coaching and has been a EUFA “A” License holder for over a decade. Apart from working in Club football, he has held Head Coach positions at Clubs and Academies both in South Africa, Ireland and the BVI, developed programmes for both Boys and Girls and been involved with the National team here since 2015.

“I am delighted and very honoured to be the new BVIFA Technical Director” commented Mr. Reilly “Having lived and worked in the BVI for over 4 years, I have gained a sound knowledge of the Football Community and my mission as the TD will be to promote, develop, spur progress and sustain all that is good in Football here, including Grassroots, Schools, Youth, Women’s, and Men’s Programmes”

Additionally, Mr. Reilly will have responsibility for Elite Player and Coach Pathways, have a hand in ongoing Referee Education, build relationships with Parents / Guardians, reestablish Schools Football and create new programmes such as Futsal.

According to FA President, Mr. Andy Bickerton, Reilly has demonstrated that he has the appropriate qualifications and experience to take on the very challenging role. “We are confidant that his enthusiasm and drive will help us rebuild the many programmes that were devastated, along with our facilities, by the horrific storms of late last year” stated Mr. Bickerton “A priority will be the Schools Programme and John has vast experience in not only working within the school system, but also in guiding players to improve and encouraging both Boys and Girls to participate”