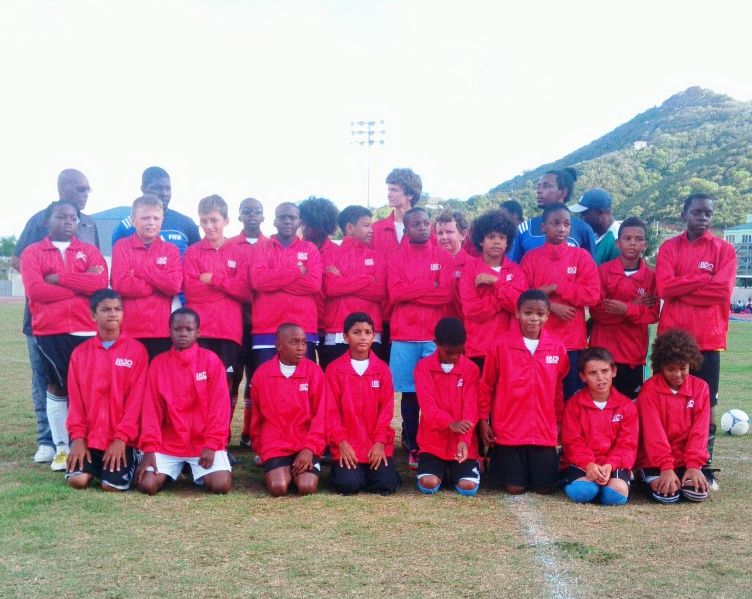 Thursday 17th April, 2014 – Another important step in the BVI Football Association’s development of Youth Football takes place over the Easter weekend with two U13 Boys teams taking part in an Invitational Tournament in St. Maarten. 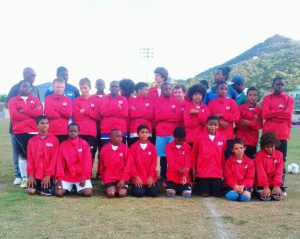 Training for the Tournament started four weeks ago, both on Tortola and Virgin Gorda and such was the response from players who were taking part in the BDO Primary Schools Programme as well as the LIME High School league that the BVIFA was left with a conundrum!

The trial matches proved that selecting just one team was going to be near impossible so Andy Bickerton, the BVIFA President, took the unusual step of asking the St Maarten F.A. if two teams could be entered and agreement was reached.

“We were really enthused by the turn out and it says a lot for our programmes and coaches that we are now in a position to field two teams” stated Bickerton at a recent press conference to announce the teams.

The BVIFA Technical Director also commented on how excited he was “the sessions have been positive, good and we have seen a lot of skill and discipline from the youngsters. It speaks volumes for the future of BVI Football to have two teams of this magnitude.”

Cassandra Gregg and Thomas Albert are the coaches for each team and both noted how impressed they had been with the talent on show so far. “They have all shown 100 per cent effort in turning up and training hard, but I would also like to thank all the parents for their dedication in supporting the kids too” noted Gregg.

Team Captains, Guillaume Parkins and Jared Grant said it will be an experience of a lifetime and were both full of confidence ahead of the Friday morning departure.

The Tournament, sponsored in part by the St Maarten Government runs through Sunday and features teams from many Caribbean countries as well as from the USA.

Players from almost every school have been selected to represent the Territory at the Tournament.