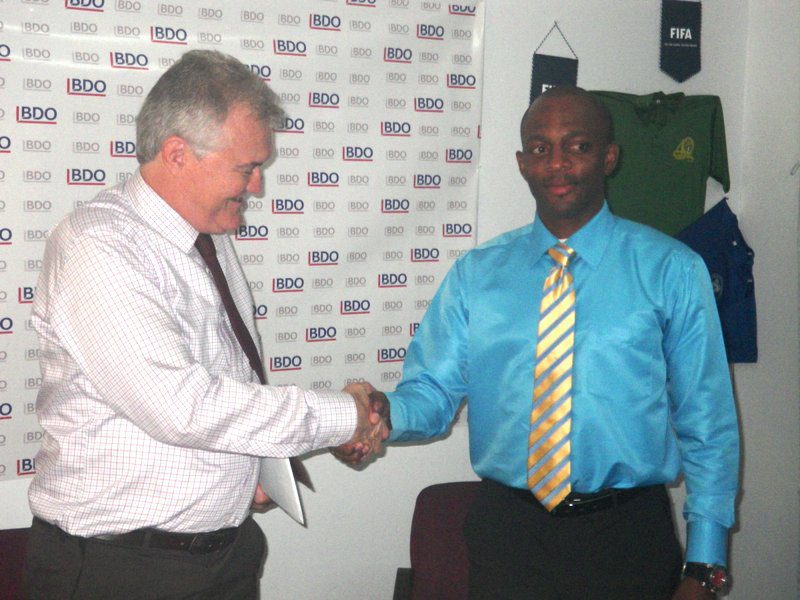 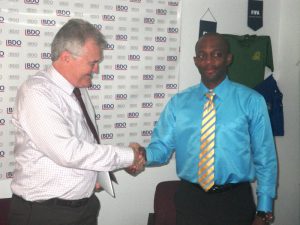 Wednesday 18th January, 2015- After debuting last year as an assistant FIFA referee, Norval Young has retained his status for 2015 by the world governing body.

Young, the territory’s only referee to also be certified by FIBA , said his 2014 experience was a great one. “My first year on the list as an assistant FIFA referee, was very rewarding, challenging and it helped to build character as well as you as a person,” he noted, adding that anyone who’s wishing to become a referee, it’s a very rewarding appointment.

“You just have to work hard, learn from those who have been there before and take whatever criticisms or points of emphasis to build on, and build you as a referee. In the long run it will pay off,” he pointed out. “The facts that I would have gotten from my first tournament last March to my last in October for a total of six for my first year was very good. In 2015 I might be getting more, who knows. But, hard work, dedication, commitment all comes into one package. You just have to leave the rest to God and God will do the rest for you.”

Young’s first tournament assignment was the CFU Group stages in Haiti, where the winners advanced to the CONCACAF Champions League. Next was the Dallas Cup in Texas, then the CFU Men’s U20 qualifying tournament in Curacao, followed by the CFU U17 qualifier in Trinidad and Tobago. His penultimate series was the Caribbean Cup Group Stages in St. Kitts and finally the CFU U17 finals in Haiti.

Young said he tried to build on each tournament and never looked back. “When I got the opportunity, I thanked God, grabbed it and ran along the sidelines,” he pointed out. “I was quite surprised since it was my first year but at the same time I know my ability and what I’m capable of doing. But it’s just to continue to prepare, work hard and leave the rest to the almighty.”

BVI Football Association president Andy Bickerton said Young has been a bit modest.“For him to go on to the FIFA list and participate in six regional tournaments in his first year, is sending a message out that they think very highly of him,” Bickerton noted. “We’re very, very proud of that and that’s an example of opportunities that are available by participating in football.”