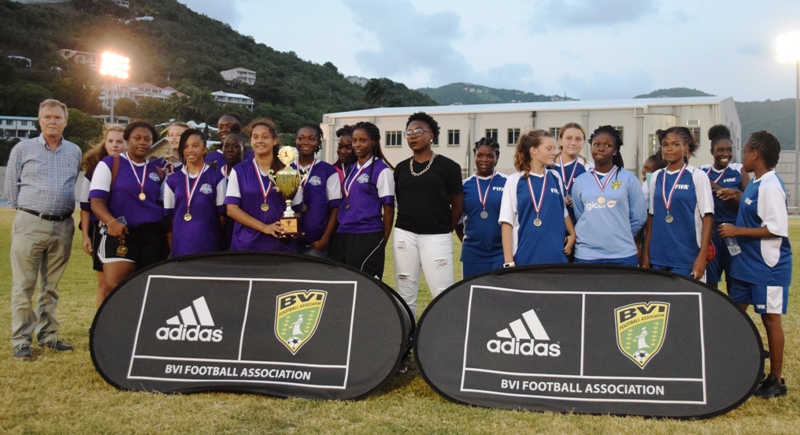 A Lilly Pierce hat trick sped the Lady Ballstars to a hard fought, but ultimately emphatic 5-0 win against Virgin Gorda United Ladies on Sunday 19th June in the Final of the Wendoll Williams Women’s Cup Final.

A battling performance from the younger, less experienced VG Girls all came undone mid way through the second half after the half time break had been reached with the Ballstars up 1-0 following a fine volley come lobbed shot by Emily Lockhart.

“It feels great to win, I really enjoyed the curling effort from the edge of the box, but the whole team played well and put together some good moves”

Pierce was full of praise for her opponents, but saw the Ballstars experience as a decisive factor in the win.

Captain, Sharlene Pond, also thought VG had played well and will be a team to watch out for in the future.

“We started short of players, but as a team we were able to hold ourselves together and come out as Champions. I am looking forward to seeing those VG girls again though, if they stick together and keep improving, it can only be good for the Women’s game as a whole”