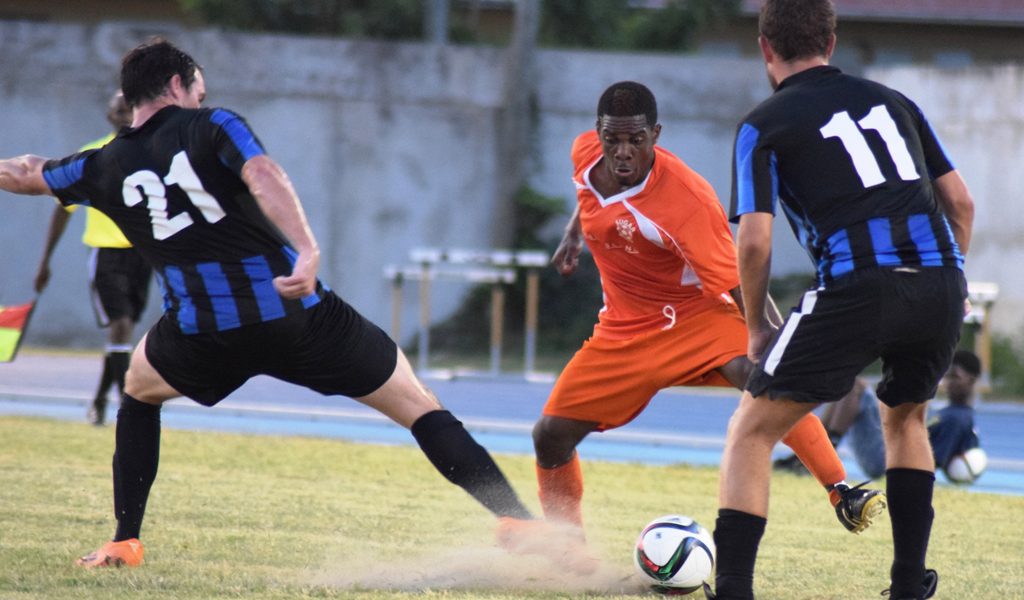 Two games of contrasting ebb and flow set up a pulsating rematch in the Final of the Wendol Williams Cup next Sunday, June 19th, 2016, when the Islanders will play the Sugar Boys in the second major cup competition of the season.

The two top teams in the Country have met on many occasions and each time put on an exhilarating performance as each tries to outdo the other tactically and technically- The WWC will be no exception, nor for the feint hearted.

The Panthers will consider themselves unlucky not to have put one over their illustrious semi final opponents, when they fell to a 1-0 defeat to the Islanders, who were unable to break down the Panthers defense and reached the final on the back of a Francis Primo strike in the 13th minute.

Many chances fell begging in the second half and although the Islanders could have and probably should have more than doubled their advantage, the Panthers too will feel aggrieved not to have at least got on the score sheet

In the other semi final, the Wolues also held the Sugar Boys at bay for 62 minutes, with goal keep Andre Gaymes responsible for keeping the game goalless with an inspired first half performance and a string of fine saves. Simon Cook too stepped into the void left by the early injury to Nick Messum to marshal the Wolues defense with some resolute tackling.

However as the game wore on, the Sugar Boys capitalized on the strength sapping work done by their opponents and Derol Redhead timed his soaring leap to perfection to head home the opener and finally beat Gaymes.

The lead was short lived though when the predatory Allesandro Pallandino latched onto a ball over the top, outpaced two Sugar Boy defenders and fired home the equalizer in the 81st minute.

Suddenly the Boys awoke from a slumber compared to their usual clinical play and broke the back of the Wolues resolve with two lightening quick goals, first from Roger Roberts in the 88th minute and then Akeem Hendrikson in the 88th to seemingly put the game to bed.

The Wolues though had different ideas, hit a post, missed out on a goal mouth scramble and scored again in added time, through Marc Savage and almost snatched an equalizer from a Cook free kick, before right at the final whistle Andres Bailey padded out the score line to 4-2.

Next Sunday, June 19th, the Womens Final takes place at 5.00pm between VG United Ladies and the Ballstars and that is followed at 7.00pm by the Islanders against Sugar Boys, with both games on the A.O. Shirley Ground