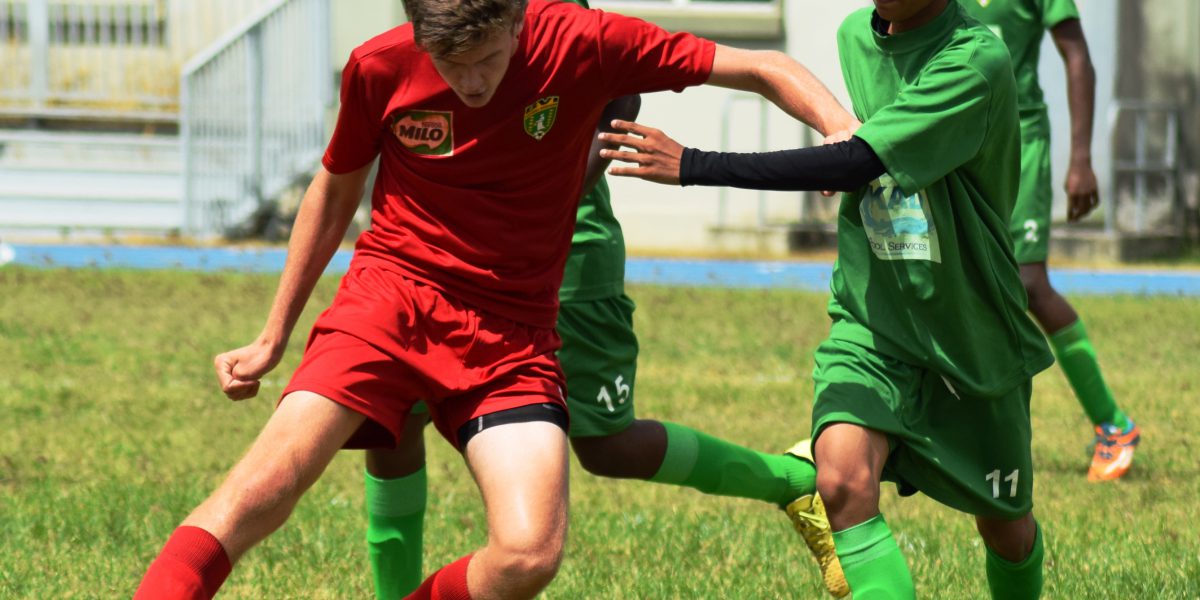 Both Road Town F.C. and North Sound F.C. have reached the final of the BVIFA U16 Youth Knock Out Cup Final, which is scheduled for 4pm on Saturday 11th June, on the field at the A.O. Shirley Ground.

Road Town had a 4-1come from behind victory over the Valley F.C. to secure the place in the show piece finale, thanks to a commanding performance by Liam Block, who scored two of the goals, including the first half equalizer, after Kemron Tillack had given the Virgin Gorda outfit an early lead.

Sheldon Harry then scored a 45th minute go ahead goal, Blok notched his second and Miquel Marshall rounded out an Amazon.com Man of the Match performance with a well hit penalty.

In the days other clash a shorthanded North Sound F.C. confidently dealt with the attacking force of the West End Tigers to eventually win 5-3 on penalties.

Jahphel Dake put North Sound ahead before Guillaume Parkins brought West End back into the tie. However, North Sound, were not to be denied and despite facing several assaults on their goal stood firm.

Amazon.com Man of the Match went to Diego Jiminez of North Sound