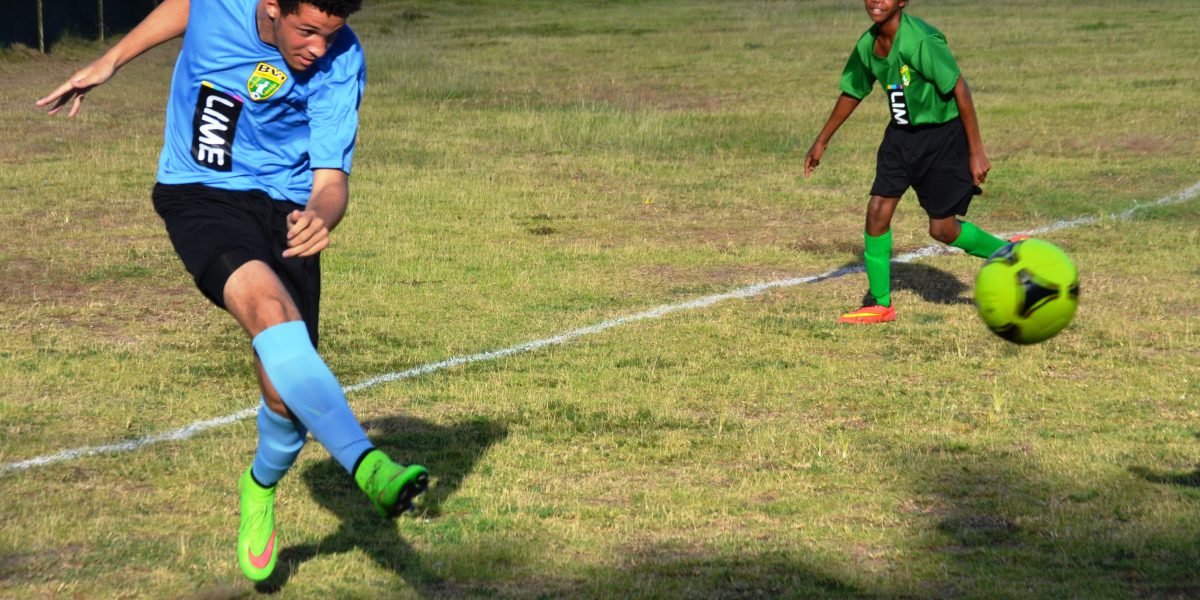 Monday 9th February, 2015 – The British Virgin Islands Football Association / BDO Primary School and LIME High School Leagues are all well underway with 16 games having been played across the age groups in the Primary School leagues and Elmore Stoutt High School kicking off action in the LIME Open High School Cup, with a 5-3 victory over St Georges. 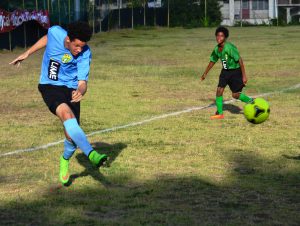 Robert Green rounded out his hat trick early in the second half, having already opened the scoring for ESHS in the 2nd minute and doubled the lead in the 13th. Guillaume Parkins pulled one back for St Georges in the 26th minute, but moments later Kevaughn Watson restored the two goal advantage for ESHS to send the teams into the break at 3-1.

After Green scored his third, Shamoy Thompson added a fifth for ESHS in the 51st minute, before some late drama ensued with St Georges converting two penalties. First Colin McDonald thumped home and then Braden Chalwell sent the keeper the wrong way, but it proved too little too late for the boys in Green as the game ended 5-3.

Of the games in the BDO Primary School League, the highlight of week one was undoubtedly back to back hat tricks by Jaden Quashie, who netted three times in Robinson O’Neal’s 5-0 victory over St Georges in the U7 Division and then repeated the dose in his side’s 4-0 win over Claudia Creque.

In other U7 action, Althea Scatliffe beat First Impressions, 1-0, thanks to a 12th minute strike by Demoi Stoutt. Enid Scatliffe Teal came unstuck by a goal to nil against First Impressions (Ovrett Kennedy, 17th minute). Cedar White lost 3-0 to the Maroons; Joyce Samuel Primary recorded a 1-0 win over Enid Scatliffe Tan with a goal by G’Anton Grant in the 4th minute. Begrado Flax beat First Impressions, 1-0, thanks to a Kyle Alexander goal in the 15th minute. The Seven Day Adventist School put 4 unanswered goals past Leonora Delville with Kevaun Glasgow hitting three of them and Dannique Joseph the other. Alexandrina Maduro drew 0-0 with Enis Adams to be the week’s only goalless tie.

In the U9’s, Andres Bailey’s 27th minute goal proved decisive for Begrado Flax in a 1-0 win over Claudia Creque, Melissia Williams became the first female goal scorer as SDA overcame Cedar White by the same margin, Johari Lacey powered ASPS to a 1-0 win over Leonora Delville and a Rayaundre Depeza goal in the 7th minute gave AMPS a 1-0 win over First Impressions.

In the U13 Division, SDA beat Pelican Gate/Agape, 3-1 with goals from Denvin Jones, Jordan Gaston and Keon Sampson, St Georges drew 1-1 with St Mary’s after an own goal by St Mary’s was cancelled out by Luis Munn.