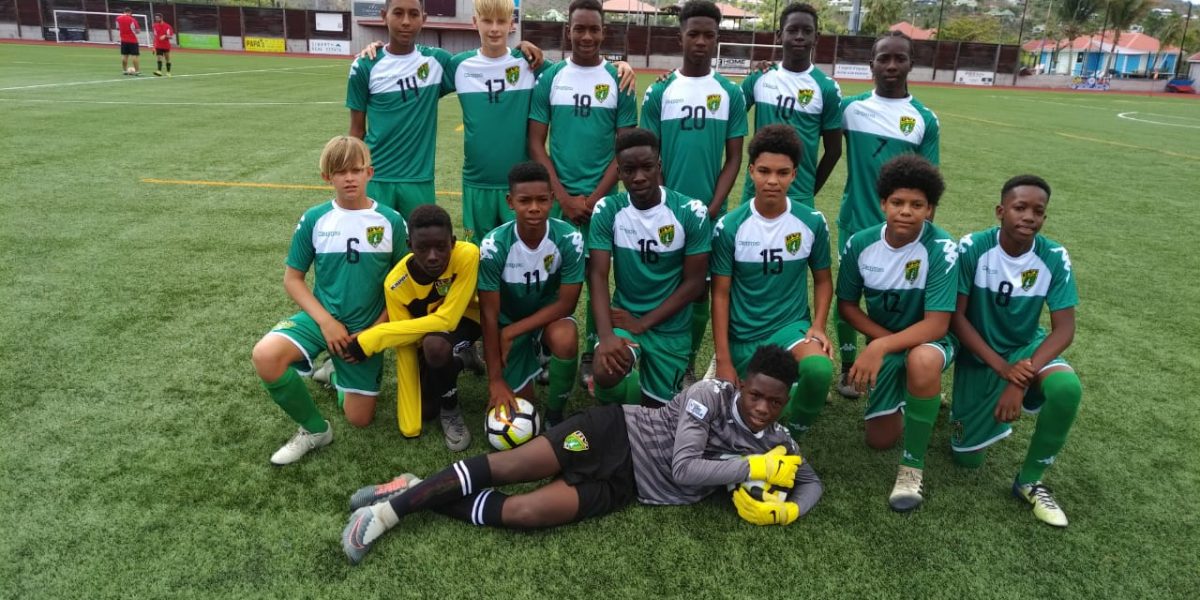 The BVI U15 team put up an exceptional performance over the weekend in the Richard Mille Cup held in St. Barth’s. Their first of two games was played at 10 Am against the home team St Barth which they won 1: 3 while in their second encounter against Dutch St. Maarten at 3 PM was lost 2:1.

Assitant National Team Head Coach Dan Neville who travelled with the squad to assess performances ahead of future national selection added, “It was great to see the under 15’s embracing the same ethos and philosophy as the senior team. They played out from the back even at key stages of the game and showed a bravery and assurance in possession we are looking to at the senior level.”

Coach Neville made it clear that the U15 team is in its growth stage in preparation for their move up to the Men’s level and to that end substitutions were used in game two , to ensure more players got a feel of play at a higher level. This move enabled the St.  Maarten team to seize the advantage and score early in the first half. The BVI regrouped and despite the overall loss achieved their objectives over the weekend playing a stronger second half than their opponents with Kyky Willams finding the back of the net. Credit must be given to local coaches Paul Whelan and Richie Morton who did a great job in a short space of time putting the team together. ” 05