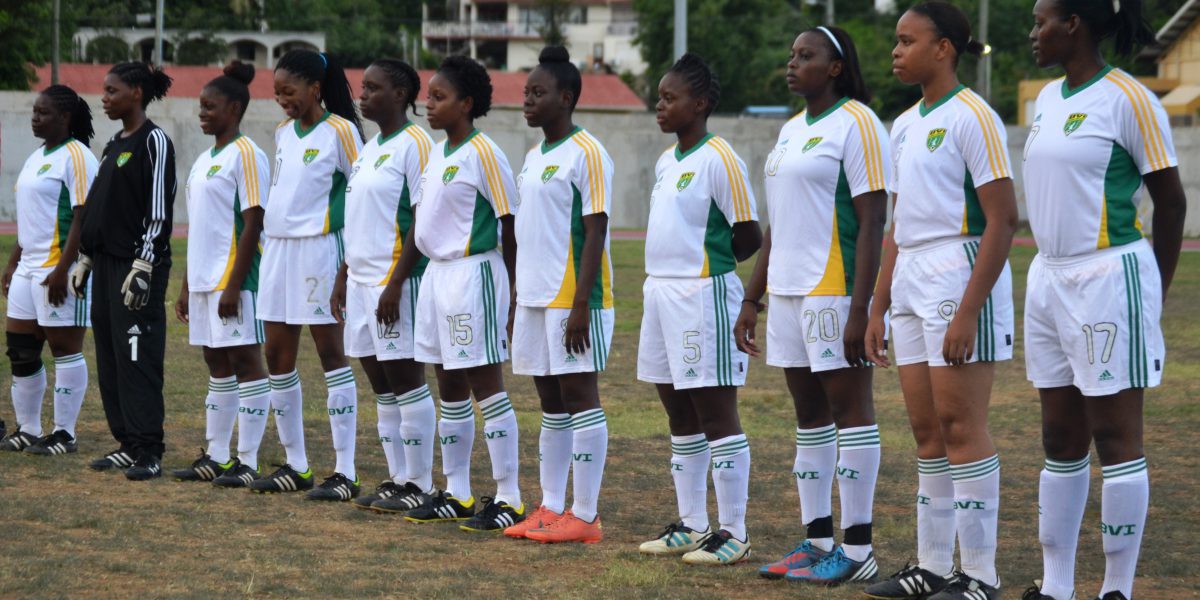 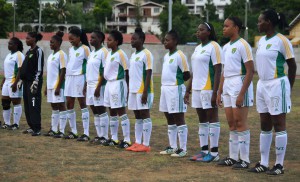 Seven minutes into the match, Kaza found the net for a 1-0 lead, which the USVI carried into halftime. Then, 4 minutes into second half, Kaza split the BVI defense again to give her team a 2-0 advantage, placing the ball past the arms of outstretched goalkeeper Brittney Peters.

In the 58th minute, Kaza completed the hat trick when she fired from 25 yards out past Peters for the 3-0 advantage.

The BVI couldn’t capitalize on its chances and squandered its last opportunity 3 minutes before the end of regulation when Mackiesh Taylor – the USVI’s last defender – got her foot on the ball with three BVI opponents attacking the zone.

“I was very surprised,” Kaza said. “I think I worked very hard toward it, and I came out and got good results.”

Taylor, a player-coach, said it was a great game.

“As soon as we started, Zola put one in the back of the net, and we were excited to go but after a while, we lost our focus then regained it in the second half,” she said. “This is a young team with four or five older girls so it’s really good to see them step up to the plate and help us win this game today.”

Although they haven’t played in a while, Taylor said the chemistry is still there. Among other things, she said they could build on shooting because they missed the net often. Connecting more, making better passes, shot composition and concentration are areas to improve, she said.

“From this we have to just keep the soccer going, and I know some girls do other sports but it’s important to have them training still,” she said. “Hopefully, BVI can invite us back or we invite them over so all the girls can keep playing. That’s the only way we’ll get better around each other – by playing.”

BVI coach Charlie Jackson said they played as well as they could.

“There’s a lot of work to be done if we are to go anywhere with this age group and, obviously, it’s the first game for many of them in a year or two. They haven’t played together since they faced the USVI in 2012. The most important thing in the BVI is that a lot more girls have shown interest in coming out and being involved.”

Jackson said they approached the game with a 4-3-2-1 tactical formation – four defenders, three defensive midfielders, two attacking midfielders, and a striker – which was designed primarily to get them to a different level.

The plan, he said, was to get them passing, moving and understanding how to move forward in a quick transition.

“Sometimes it worked, sometimes it didn’t and it depended on how the opposition play,” he said. “The USVI was probably faster than we thought they were going to be, so our own game suffered a bit for that.”