One Love v Islanders (0 – 3) For the first match of the evening on Virgin Gorda, the crowd looked forward to a fairly even match up on paper.  Both teams played fairly well for the most part and despite their ongoing heated rivalry play was kept under control by the referees. Ball possession was... Read More
Sugar Boys v One Caribbean (5-2) After an extended break football on Virgin Gorda was back. Home team Sugar Boys gave the crowd a treat with a decisive victory over One Caribbean. A new player on Sugar Boys Herman Gonzalez got a hat trick for his debut game. scoring in the 40’, 42’, and 79’.... Read More
Mr. Bickerton retains his post as President June 24, 2020 the BVIFA’s general election started shortly after 6 p.m. at the Multipurpose Sports Complex. All members were in attendance, along with a lawyer who was the supervising authority for the elections. The entire night went smoothly, with a few brief pauses for small corrections and... Read More
One Caribbean 0 – 1 Islanders From the onset the Islanders side came out swinging, linking together a couple of early shots on goal. One Caribbean having one of their players sent off early in the first half didn’t help either, but One Caribbean weren’t just target practice, however, they pushed back and seemed to... Read More
One Love 2 – 1 Sugar Boys Sugar boys blasted off with a flying start. Their Striker Redhead (7)  dribbled past the one love defense who seemed to have been caught flat footed. This certainly energized the One love side as they responded with pressure and tenacity.  In efforts to control the One love presser,... Read More
Wolues 5 – 1 Islanders (Greenland) League leaders Islanders and Wolues met last Sunday in what fans would assume would be a fierce heavyweight bout. Some fans were left heartbroken this Valentine’s weekend when seeing the outcome after full time. Islanders took an all-out pummelling against the boys in blue. With neither their offense or... Read More
Panthers 1 – 2 Lion Heart Both teams seemed to be evenly matched as the possessions percentage seemed about the same. Shevaughn was the first and only player to make it to the scoring column during the first half. The action was intense as the game was littered with fouls from both sides. Referees did... Read More
BVI U15 DIVISION 3 CHAMPS
PLEASE HELP US CONGRATULATE OUR AMAZING YOUNG U15 BVI BOYS! 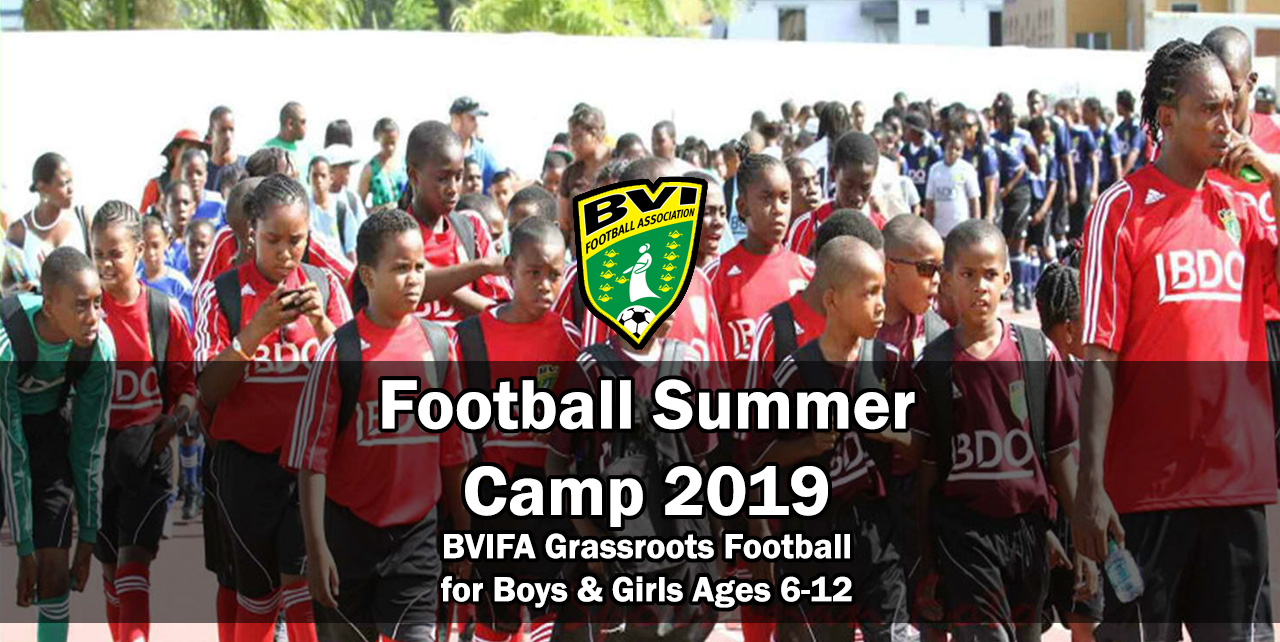 Be part of the greatest Youth Sports experience in BVI. BVIFA Primary & Secondary School Grassroots Football available this summer for Boys & Girls ages 6-12! The camp will be held from 9 am to 1 pm at the Baugher’s Bay Field for Tortola residents and Virgin Gorda Recreational Ground for the Virgin Gorda residents... Read More
1 2 3 … 16 Next ›